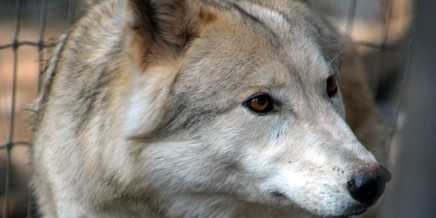 O-tai-oni is a high-content wolf-dog who arrived at the rescue on August 31, 2012. Although she was originally named “Trinity” once she came to live at Wanagi Wolf Rescue, she “told” Stephanie that her new name was to be “O-tai-oni” which means “wolf” in the Seneca language.