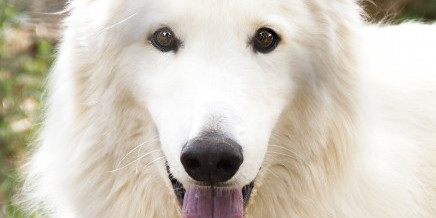 Everyone – please welcome Angel.
He’s a high content Arctic wolf-dog. His former owner had always taken great care of him. He is fixed, chipped, loves children and LOVES playing with other K9’s! Angel will live proudly in Liberty’s pen and sleep in my bed (no room for mom!). 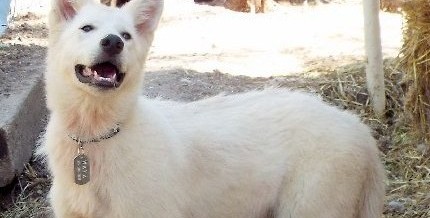 Waya came to us April 2015 when he was just 3 months old. He is now 95 pounds! He was rescued from the tornado-stricken area in Oklahoma and was to be killed because they assumed he had wolf in him. Waya, in the Cherokee language, means ‘wolf’ though there is no wolf in him at all. When his DNA came back to me it stated he was White German Shepherd and other canines mixed in… no wolf at all.  Great thanks to Leyton ...