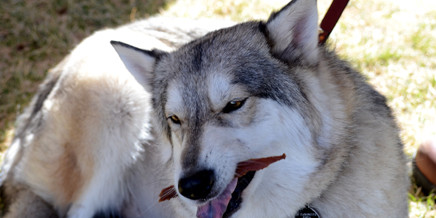 Once he was finally diagnosed with the rear auto-immune condition known as AIHA, Bindi began taking the steroid drug, Prednisone.  One of the known side effects of this medication is increased appetite, which definitely affected Bindi.  In his case, his weight increased from approximately 60 pounds to 78 pounds over a period of several months. (Photo by Sue Isley)